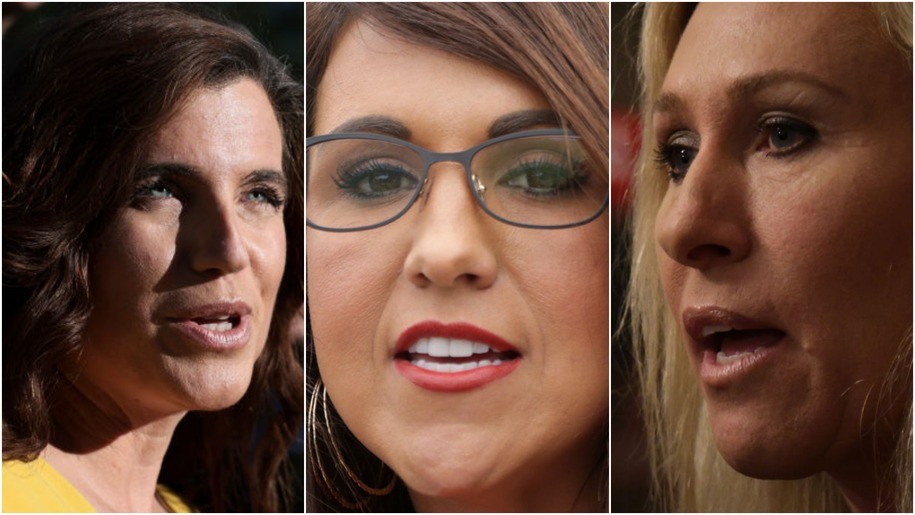 Clayton County has the highest percentage of Black residents in Georgia and the lowest vaccination rate in the metro Atlanta area. Amid widespread community mistrust, a strained health department struggles to figure out what to do next.

Clayton County, Georgia’s fifth largest county, dominated headlines last year for its role in turning Georgia blue in the 2020 presidential election. Its demographics flipped as white people moved away and more people of color arrived in the 1980s and ’90s; it now has the highest percentage of Black residents in the state and is home to several immigrant communities.

The county’s public health infrastructure is more strained than in other core counties in metro Atlanta — and the pandemic has made it worse. Moreover, county leaders have not taken some of the steps that those in other places have taken to convince a wary public to get vaccinated.

Why is a South Carolina Republican policing her party’s far-right flank? Here are three possibilities.

Feel free to believe either of those theories. But something else could also be at work here. Mace is charismatic, smart, and ambitious, and it must be disheartening for her to be constantly overshadowed by colleagues who traffic in racism and conspiracy theories about Jewish space lasers. It must be exhausting, having to fight for attention while people like Boebert and Marjorie Taylor Greene become the new faces of the American right. Getting involved in this beef—or any beef—is perhaps the best way for Nancy Mace to get her name out there. Conflict makes for good stories; it attracts the attention of TV producers and Atlantic editors. Throwing punches is a good way for a neglected politician to get ahead. Mace would be far from the first politician to have recognized this.

HE VOTED TO IMPEACH. CAN HE SURVIVE IN THE GOP?
The political education of Peter Meijer

That entire day—the vote, as much as the attack—had caught Meijer unprepared. His party’s leadership had provided no guidance to its members, leaving everyone to navigate a squall of rumor and disinformation in one-man lifeboats.

The next week, when Democrats introduced an article of impeachment and promptly scheduled a vote, seeking to hold President Donald Trump accountable for inciting the mob’s siege of the Capitol, Meijer steeled himself for some tough conversations within his party. But those conversations never happened: Most of Trump’s staunchest defenders were too shell-shocked to defend him, even behind closed doors, and the Republican leadership in the House was once again AWOL. There were no whipping efforts, no strategy sessions, no lectures on procedure or policy. Barreling toward one of the most consequential votes in modern history, everyone was on their own.

Just awful: Steve Bannon is now ripping into David Perdue, who is *Trump’s* candidate for Georgia governor, as too much of a squish to wage the war on democracy Bannon wants. This shows that the right is headed toward full-blown insurgency. My new piece:https://t.co/c8ZcQzdfOp

The Stock Market’s Covid Pattern: Faster Recovery From Each Panic

Much is still unknown about the Omicron variant, including how much protection vaccines provide. But financial markets have taken the news in stride relative to earlier outbreaks.

That follows a pattern. Each bout of pandemic-driven volatility in the stock market since February 2020 has been shorter than the one before, and followed by a recovery to a new high. The S&P 500 through Monday had recovered nearly all its losses from its previous peak after Omicron’s existence was announced by officials on Nov. 26.

The midterms are going to be decided by swing voters who can’t or won’t figure out for themselves that the GOP is knowingly killing GOP voters for the purpose of prolonging the pandemic in order to blame the damage done on the Democrats. Today’s post.https://t.co/S0qHaYznEB

Uncoupling vaccination from politics: a call to action

We recommend five short-term steps. First, diversify messengers. Public officials should recognise that when promoting vaccination, the messenger is as important as the message. Promotion efforts will be most effective when communicated from an array of trusted speakers and perspectives, especially outside of government.7

Second, draw on broad expertise. As COVID-19 vaccine hesitancy is not just a public health problem, public officials need to convene experts from the social, behavioural, and communication sciences to create comprehensive response strategies. Routine public health messaging alone will be insufficient.
Third, invest in research. Recognising that the politicisation of vaccines is now a problem of unprecedented scope and the dominant driver keeping down vaccination rates, public and private funders should invest in social and behavioural research to systematically monitor the phenomenon and develop solutions.
Fourth, counter purveyors of misinformation. Policy makers and professional organisations should examine available legal, regulatory, and private sector options to reduce the impact of well-financed organisations spreading misinformation. The US Government should solicit the expertise of agencies outside the health sector, including the Departments of Homeland Security, Commerce, Justice, and State.
Fifth, stop the misinformation. Conservative media outlets must stop amplifying falsehoods about COVID-19 vaccines. Advertisers should pull funding from programmes and websites that promote misinformation, as they put the lives of Americans and the health of our economy at risk. Social media platforms should enhance efforts to track, disclose, and stop the spread of misinformation.

Much has been made of the gap between more-vaccinated and less-vaccinated states or red counties and blue counties. The difference is even starker in big counties with overwhelming adoption of the vaccines.

From the start of the vaccination effort, a pertinent question has been when we might achieve something amounting to “herd immunity,” i.e. having enough people vaccinated to stomp out the virus. Guesstimates often pegged that number at 70 percent or above. That concept has proven elusive, particularly as the delta variant has rendered the vaccines less effective at preventing the spread — while still extremely effective at preventing hospitalizations and deaths.

But those latter metrics remain hugely important. And in the densely populated areas in which we’ve approached overwhelming adoption of the vaccines, the death rates are often a fraction of the national average — a significantly greater gap than between the most-vaccinated and least-vaccinated states.

This really does not look good. Suggests that in UK Omicron could be doubling share of cases in <3 days. Rough figs from GISAID on EU suggests similar very rapid growth. There will be some sampling & reporting biases but overall estimates of ~3 day doubling are plausible. pic.twitter.com/J1v8mwMkCM

Increased interest in vaccines can be attributed in part to clearer, concerted messaging around boosters coming from public health agencies, [Dean of Brown School of Public Health Ashish]  Jha said. There now exists “a broad consensus” among experts, he added, that boosters are needed, and “that’s helping a lot.”

While the uptake in booster doses is encouraging, “I am not seeing a ton of progress among [unvaccinated] adults who have been eligible for a long time,” Jha said. “A lot of people in America are relying on infection-induced immunity to get them through the rest of this pandemic, and I think omicron is going to test that in a way that nothing else has. I’m worried we’re going to see a lot of those people who’ve previously been infected and recovered get reinfected and potentially very sick.”

Go Inside Miranda Kerr’s Malibu Home That Has Everything—Including a Tub...

Why the stock market doesn’t seem to mind that the Fed...