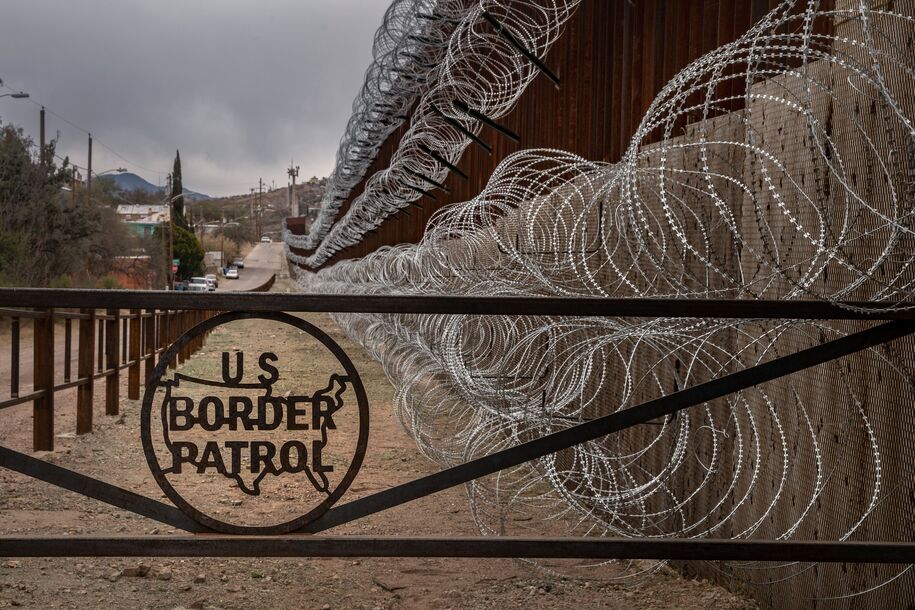 “Known by many names, BPCITs have existed since at least 1987, and appear to be operating in many, if not all, Border Patrol sectors in the country,” lawmakers write, noting they operate “as shadow police units outside of federal law and without congressional authority. Their existence poses a threat to public safety by concealing agent misconduct, enabling abuse, and exacerbating impunity within the nation’s largest law enforcement agency, U.S. Customs and Border Protection(CBP). Immediate investigations into BPCITs are imperative.”

SBCC notes the role of BPCITs in the cover-up around the 2010 killing of Anastasio Hernandez Rojas, a father of five U.S. citizen kids, at the hands of agents. He was hog-tied, beaten, and tased into unconsciousness, later dying in a hospital. Earlier this year, the Los Angeles Times reported that as many as 17 agents were involved in his killing.

“Anastasio’s death sparked public outcry and congressional action when an eyewitness video was revealed on national television exposing the lies that agents told,” SBCC tells legislators. “Border agents had initially described Anastasio as aggressive, standing and kicking an agent, but the video revealed he was actually handcuffed and lying face down on the ground surrounded by a dozen agents who ended his life.”

“The San Diego BPCIT (known there as CIIT) was the first to be notified by border agents,” the letter continued. “The BPCIT never notified SDPD, the agency with jurisdiction to conduct the criminal investigation. Instead, the BPCIT contacted the FBI and asked them to charge Anastasio with assault while he lay brain dead in the hospital. The FBI declined. SDPD only became aware of the incident through a media inquiry and located the scene of the incident on their own a day later, without help from the BPCIT or other border agents.”

The letter then states that the BPCIT “tampered with evidence,” including an initial Border Patrol apprehension report that said Hernandez Rojas had been compliant. The agent who wrote that report would later “[paint] a picture of an erratic and problematic Anastasio” to police investigating the death.

“Additionally, the BPCIT failed to preserve video evidence,” the letter continues. “Over several weeks, in an act of deliberate omission that led to the destruction of evidence, BPCIT members repeatedly withheld video surveillance footage requested from SDPD and instead gave SDPD footage that did not pertain to the incident, while allowing the requested footage to be erased and taped over.” It’s intentional—federal immigration officials already have a history of deleting key video footage surrounding the deaths of immigrants.

SBCC notes that when no officers faced charges for Hernandez Rojas’ killing,” the family petitioned the Inter-American Commission on Human Rights, which accepted review of the case in the first-ever probe of an extrajudicial killing by law enforcement in the United States. The Inter-American Commission is currently awaiting a response from the United States in the case.”

Former Border Patrol Chief Rodney Scott, appointed to the position by the previous president and dismissed by the current one, was named as a participant in that cover-up, The LA Times noted. In a testament to his anti-immigrant animus, Scott threw a fit over Biden administration’s policy that requires “undocumented noncitizen” be used in place of the offensive term “illegal alien.”

“The overreach of the BPCITs is profound,” SBCC tells legislators in urging an investigation. “The scale of their unlawful behavior jeopardizes public safety and public trust. And the fact that they have been able to operate for decades without scrutiny is alarming. As Border Patrol’s primary tool to shield agents from accountability, the BPCITs must be called into question by Congress.”

“The fact that no border agent has ever been successfully prosecuted in the nearly 100-year history of the Border Patrol is not accidental,” SBCC Director Vicki Gaubeca said. “It is by design, and for more than three decades has resulted in impunity directly due to the interference of unauthorized Border Patrol cover-up units that have protected agents rather than the members of the public harmed by them. This must end, and Congress can play a pivotal role. We call on Congress to investigate these cover-up units, assess the harm they have caused, and shut them down.”

The man who ‘killed’ Pluto