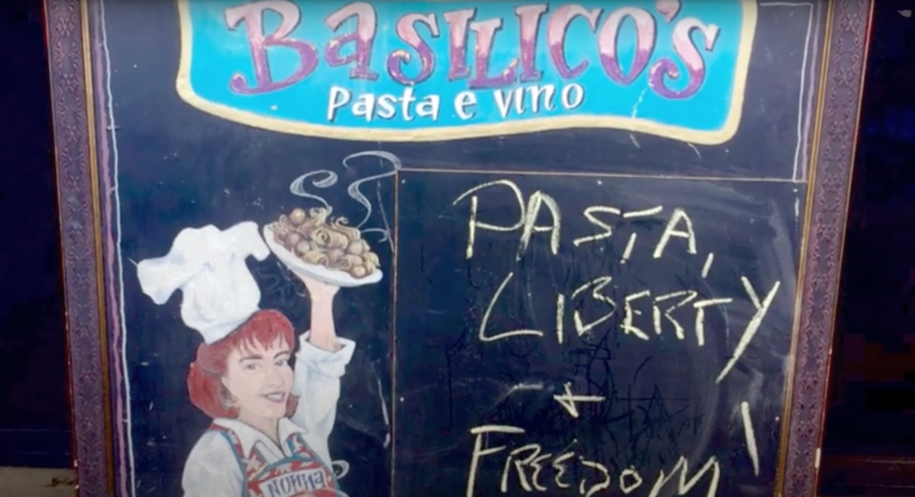 While the Huntington Beach restaurant claims it needs proof, an employee confirmed it isn’t actually checking vaccine status—and to be honest, it has no way to confirm whether someone is vaccinated or not. But the restaurant’s owner, Tony Roman, told the Los Angeles Times that he placed the sign to make a point “in defense of American liberty and freedom.”

“With warning signs of another impending lockdown, and many business owners again emboldening those who I refer to as ‘the lockdown tiny tyrants’ — this time by imposing proof-of-vaccination policies — we chose to fire another missile of defiance to further make our point in defense of American liberty and freedom,” Roman said.

In another statement to the Los Angeles Times, Roman said the purpose of only allowing unvaccinated individuals was fighting government policies that he believes are harmful.

Of course, given the current state of the pandemic and numerous variants being spread—especially amongst the unvaccinated—the restaurant’s decision received heavy backlash.

Reviews on Yelp and social media found people bothered by the announcement, with dozens not only leaving low ratings for the restaurant but comments including one that read: “What a slap in the face to all those who died from COVID-19.”

However, some—including neighboring shops and restaurants—noted no issue with the announcement, comparing it to restaurants and establishments requiring individuals to be vaccinated prior to entry.

According to the restaurant’s social media, since the announcement the restaurant has received “non-stop phone calls, haters, threats and hundreds of one-star reviews.” But despite the backlash, the restaurant stays firm in its anti-vax and anti-mask status.

“Here comes the haters, and with it, the harassing non-stop phone calls, threats and hundreds of one-star reviews. And guess what? We at Basilico’s Pasta E Vino wear it all as a badge of honor,” the restaurant said in a Facebook post. “We feel blessed to go into battle against all of you in defense of American liberty and freedom, so bring it on!”

This isn’t the first time Basilico and its owner have come under fire. The restaurant made headlines earlier in the pandemic for continuing indoor dining despite regulations in place not to, the Los Angeles Times reported. Additionally, it declared itself a “mask-free zone” even when masks were made mandatory. During this time, they required customers to remove them before entering.

In June it even began advertising $25 T-shirts with the phrase, “Leave the vax, take the cannoli,” a play on a line from The Godfather.

“Imagine if Americans would have refused mask mandates, or better even banned the masks like we have throughout the lockdowns,” the restaurant posted on Instagram. “The tiny tyrants then would have never dared to think they could try and force vaccine mandates.”

According to John Carr, a spokesperson for the California Department of Alcoholic Beverage Control,  an investigation was launched into the restaurant last month that could result in penalties ranging from fines to the revocation of the restaurant’s liquor license. The fines are based on a series of violations, including failing to establish a COVID-19 prevention program, not providing safety training, and not providing masks for employees, according to state records, the Los Angeles Times reported. While Roman has not appealed the citations, in a video posted to Instagram he made his intentions of not paying the fines clear, referring to the department as “American traitors at OSHA.”

Basilico’s latest move to place the signs comes at a time in which Orange County has seen a significant rise in COVID-19 infections. Since the economy reopened on June 15, the number of cases has increased by 10 times. According to ABC News 7, data indicates the spike was mainly among unvaccinated individuals. The seven-day average case rate per 100,000 for unvaccinated residents was 15 out of 100,000 on Monday, which is much higher than the three out of 100,000 it was for the vaccinated population.

About 55% of Orange County residents are fully vaccinated, and about 62% are at least partially vaccinated, according to county data. Data compiled by the Los Angeles Times found that California has reported an average of nearly 5,000 new coronavirus cases a day, more than quadruple the number from a month ago.

Will no one tell emperor Greg Abbott that he’s wearing a...

Go Inside Teyana Taylor & Iman Shumpert’s Fabulous World With a...

Roku’s unique culture is being tested by a surge of new...