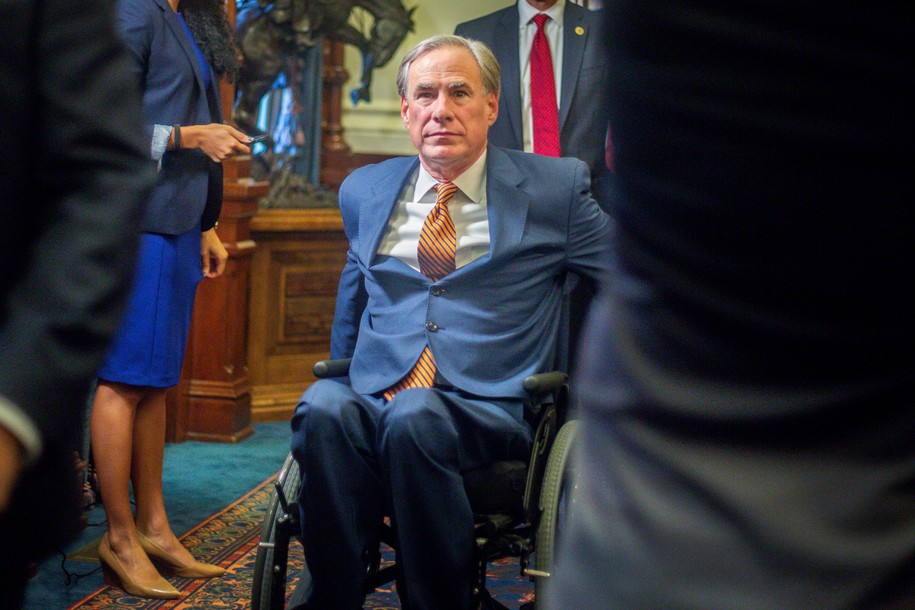 The Texas Tribune reports that about 1,000 mostly Latino men have been jailed under Abbott’s Operation Lone Star scheme, which legal and immigrant rights advocates have said “was designed to be abusive, dangerous, and unlawful.” Nava and Muñoz, for example, “were forced to sign pre-filled legal forms in English they could not understand,” Grassroots Leadership and Just Futures Law said. Others detained have received little to no legal help while being detained for weeks, some for months.

“During the hearing today before the 63rd District Court in Val Verde County, Texas, attorneys for Nava and Muñoz argued that the State of Texas failed to meet its probable cause burden and engaged in unconstitutional acts of selective prosecution and unlawful detention,” the two organizations said on Tuesday. They called the dismissal of the charges against Nava and Muñoz by the prosecutor’s office “a major victory,” and said it was “the first of its kind for people detained under Operation Lone Star.”

But advocates cautioned that that asylum-seekers and migrants set to be released by Texas are still at risk because the state could still turn them over to federal immigration officials and be detained under harmful immigration detention. This could be the case for Nava and Muñoz.

“After today’s court ruling, we are moving forward to secure the men’s immediate release from Texas jail and to assure that they are not detained by federal authorities,” Just Futures Law Staff Attorney Kevin Herrera said. “Operation Lone Star relies on racial profiling and systemically violates due process. We demand DHS halt transfers of any of our clients to ICE or CBP, and that DHS cease any collaboration with this unconstitutional program.”

🗣️🗣️ Great news! The attorneys at @JustFuturesLaw successfully argued on behalf of Ivan and David. The charges against them were dismissed.
But court victories must be followed by ACTION. Join us in calling the warden and sheriff and demanding immediate release for these men. pic.twitter.com/lrbSaYNbnP

While the Biden administration has successfully challenged other anti-immigrant policies by Abbott, it’s unclear—and frustrating—why it hasn’t done the same when it comes to Operation Lone Star, advocates have said. “The White House could fight this,” Grassroots Leadership Co-Executive Director Claudia Muñoz told Prism. “They are choosing not to. Texas is acting really unhinged right now, and we have to push the federal government to take action.”

She described seeing escalated levels of Texas State Troopers, with out-of-state law enforcement swarming in to be a part of Abbott’s scheme. Advocacy groups have noted that Iowa Gov. Kim Reynolds and Florida Gov. Ron DeSantis have “provided planes, boats, and state personnel to aid Texas authorities, all of whom operate under the authority of the Texas Department of Public Safety.”

Federal action against Texas is urgently needed because advocates and groups say it appears Abbott is set to only ramp up Operation Lone Star. “He plans to keep this operation running for years, and is now seeking almost $2 billion from the state legislature to sustain and expand Lone Star,” Just Futures Law, Grassroots Leadership, Texas Fair Defense Project, and LatinoJustice PRLDEF said.

”We have learned that the Texas Department of Public Safety has hotels reserved for law enforcement for the next two-and-a-half years,” Muñoz continued to Prism. “We’ve heard through the grapevine they’re trying to empty more prisons to hold migrants charged under Operation Lone Star. The level of resources that have already been dedicated to this—and the level of political maneuvering that Greg Abbott has done to make this possible—I’ve just never seen a threat to immigrants like this before.”

On a tight deadline, Democrats chase compromise over their $3.5 trillion...

Number of workers unemployed for more than a year jumps by...

These are the world’s most livable cities in 2021

And Just Like That’s Nicole Ari Parker Reacts to Claim Her...