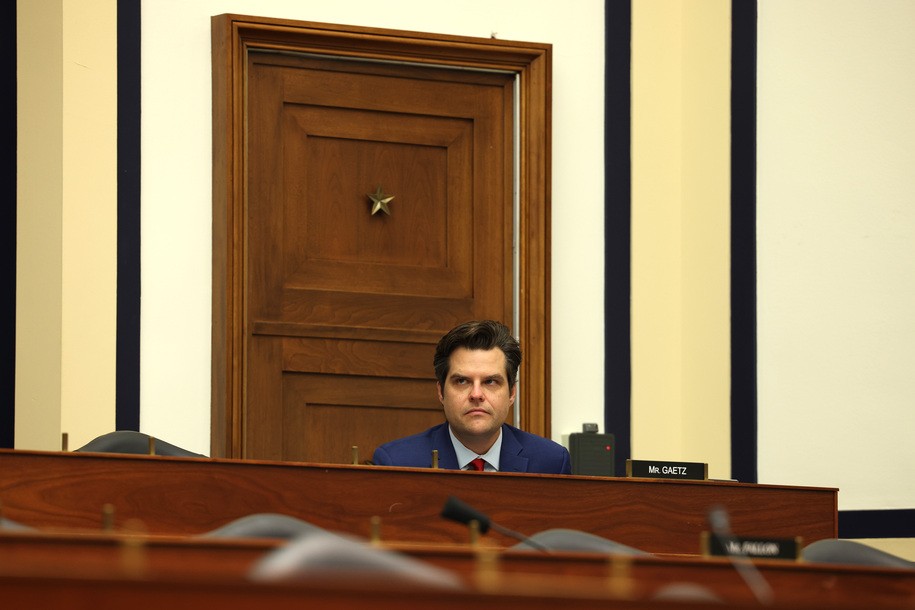 The Daily Beast report alleges that Zalonka made many thousands of dollars partying with Gaetz and Greenberg at the fundraiser, and it is not just Greenberg who can give testimony about the debauched times the two men spent.

On Oct. 26, 2019, Gaetz attended the “Trump Defender Gala” fundraiser as the featured speaker at the Westgate Lake Resort in Orlando. Two witnesses present recalled friends reconvening at Gaetz’s hotel room for an after-party, where Zalonka prepared lines of cocaine on the bathroom counter. One of those witnesses distinctly remembers Zalonka pulling the drugs out of her makeup bag, rolling a bill of cash, and joining Gaetz in snorting the cocaine.

The Daily Beast says that hotel stay was written off by Gaetz as a campaign expense. I thought it was Hillary Clinton that was selling pizzas or something? I guess it was the “Trump Defenders” instead. Gaetz’s folks are mum on this story and Zalonka has hired an attorney, who told the news outlet that she “is not speaking to any media outlet.” The Zalonka connection goes back to why Greenberg resigned in disgrace from his position as Florida tax collector. According to The Daily Beast:

Zalonka, who is an amateur fashion model and the communications director for the American Medical Marijuana Physicians Association, received $4,000 on Venmo from Greenberg during his first year in office in 2017—mostly in $500 installments. And Greenberg, who is married, listed various explanations for why he paid Zalonka. In the memo fields of his Venmo payments, he paid her $500 for “Stuff,” another $500 for “Orher stuff” [sic], and $1,000 for “Pool.” On a single day in November, he paid her $500 for “Food” and another $500 for “Appetizers.”

After that, Zalonka seems to have begun a more lucrative business relationship with Greenberg, where she had a government job and was paid but never seemed to work—and no one knew what “services” she provided. Two sources told The Daily Beast that Gaetz and Zalonka had an ongoing financial arrangement that included sex amongst other things, though the newspaper could not confirm that the two had slept together.

It’s starting to become clear why Donald Trump and Kevin McCarthy are trying to stay far away from Matt Gaetz right now. Gaetz will say he didn’t do it, but considering that Matt Gaetz has made a career of never saying anything that is actually true, it’s going to be hard for him to be believed.

Half of Americans are now fully vaccinated against Covid, White House...

Prepare to Feel Inspired By the First Golden Buzzer Winner of...

It’s going to take more than school board statements to make...