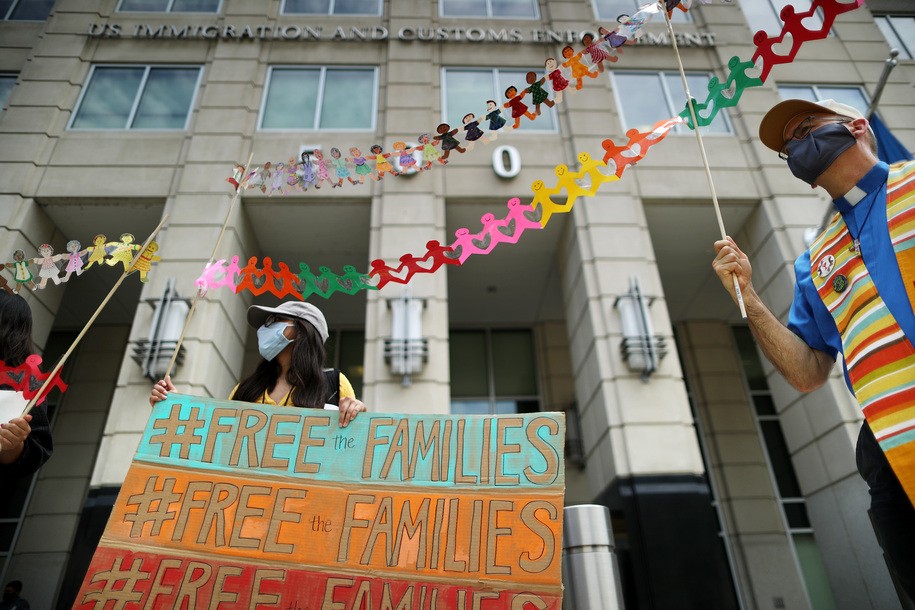 Scientific American reported in mid-September that a civil rights complaint said immigrants detained at GCDC have been consistently exposed to a “highly toxic chemical disinfectant,” which Scientific American notes echoes allegations “made by dozens of people held in other ICE detention centers, notably facilities in Adelanto, California, and Tacoma, Washington.”

“Internal emails reveal that Glades staff were not diluting a QAC-containing chemical to the highly reduced levels specified by its manufacturer’s EPA-regulated guidelines,” advocacy groups said in a statement on Sep. 20. “A Glades County official wrote to others at the Glades County Sheriff’s Office that the disinfectant was so thick that it was ‘clogging up the … sprayer.’ He then directed officials to continue showering the chemical spray from the sprayers at roughly 64 times the recommended strength.”

“Sometimes, when I’m asleep at night, they’ve sprayed,” Jean Cleophat, a Haitian man who suffers from asthma, said in the statement. “I’ll be waking up sweating. I can’t breathe. I feel dizzy.” Officials have already been warned about its irresponsible use of chemicals. An investigation by the Environmental Protection Agency concluded last march March that private prison profiteer GEO Group violated law by misusing a pesticide that sickened immigrants detained at the Adelanto facility.

It’s not just exposure to harmful chemicals that’s a problem, either. Muslim Advocates and Americans for Immigrant Justice sued the facility and ICE in 2019, alleging that Somali Muslim men were repeatedly denied the ability to pray and religiously-complaint food. “After the government’s attempt to deport the five men and 87 other Somalis failed, ICE shipped them to GCDC, which contracts with ICE to hold immigrants for a profit,” a statement at the time said.

The complaint said that the men had asked for a chance to set up a Muslim ministry, having seen other men get permission to create a Christian ministry. They were denied by staff. “Boy, you’re in Glades County,” groups said the men were told.

How did immigrants detained at Glades Detention Center spend Thanksgiving? Some were transported to nearby hospitals after toxic gas filled the kitchen, leaving some of them with lasting health problems. This detention center needs to be shut down asap.https://t.co/dTnIdnOEWt

Miami New Times reports that the hospitalized kitchen worker from GCDC was sent back to work that very same day, while all of the men appear to have been returned to ICE custody. “A carbon monoxide monitor has since been installed at the facility,” the report said. Does that mean … there wasn’t one there before? “Glades is a facility that constantly puts people’s lives at risk,” Immigrant Action Alliance’s Rebecca Talbot said in the report. “This is one horrific and egregious example, but it’s part of a pattern of carelessness with people’s lives, and another reason why this facility needs to be shut down immediately.”

Ohio judge has to force Columbus police not to brutalize nonviolent...

Abbreviated Pundit Roundup: Vaccination is the way out of the pandemic