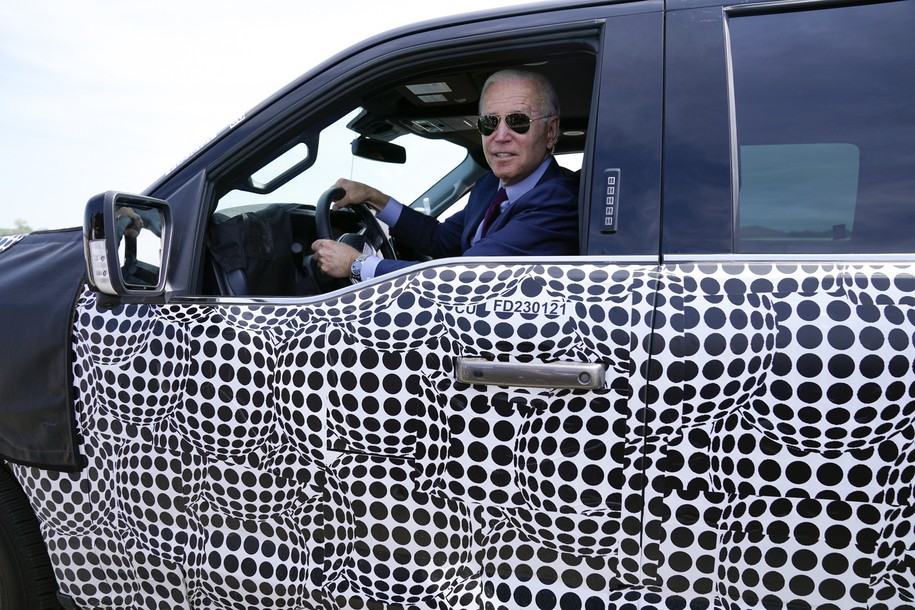 Granted, it’s a pretty crappy plan, but it exists and in fact “directs historic levels of funding to highways, bridges and transit systems.” That would be $400 billion over five years devoted entirely to fossil fuel-dependent technology, but it does have specifics. Elements of it could end up in a final bill, but since it leaves out broadband, water projects, airports, mass transit, and all of the elements of the Biden plan for a sustainable 21st century, that would be just a few elements. But, hell, they committed to something.

Meanwhile, the frustration among Democrats with the Senate Republicans’ game is increasing.

Those games include their ridiculous threat to be really, really Republican when they get the chance again. They’ll—prepare yourself for a shock—lower taxes on the rich again if Democrats try to raise them. Man, these Senate Republicans have gotten lazy. They can’t even come up with a novel threat.

Nor can they avoid reality: “A Quinnipiac University poll conducted last month found that support for Biden’s $2 trillion infrastructure and jobs plan grows by 9 points if it is attached to a corporate tax increase. By 2-to-1 ratios, respondents said they support higher taxes on corporations and on people earning more than $400,000 a year.” So they really think taxes are what they’ll win this fight on? As Dan Pfeiffer, former top adviser to President Barack Obama, says: “If Republicans want to run for election by doubling down on more tax cuts for the wealthy and corporations, more power to them. The 2017 tax bill is the single worst polling piece of legislation that I have seen in my career. Good luck running on it again.”

They do want to do that, apparently. Sen. John Cornyn of Texas boasts: “They’re the party of big government. We’re the party of lower taxes and more freedom. That’s kind of the problem with doing business this way on a purely partisan basis.” Cornyn needs to check in back home, where his “lower taxes and more freedom” message has been lost on the state’s truckers. That’s because Cornyn’s answer to infrastructure funding is a big tax the trucking industry. “Senator Cornyn’s vehicle miles traveled tax is an assault on the trucking industry and the more than 735,000 hard working Texans who keep the Texas economy strong,” the Texas Trucking Association said.

Meanwhile, Capito is making the rounds and pretending like they’ve offered up something real. She told Bloomberg that the Senate Republicans are “moving up” from their initial $568 billion offer, but won’t say how much. She said they’re also open to Biden’s proposal to fund electric vehicle charging stations in the package, but hasn’t said if they will still insist that electric vehicle owners have to pay additional fees and that “nothing is off the table at this point with regard to funding mechanisms,” except that the White House and Biden have insisted repeatedly that user fees are off the table. Sounds like perhaps she has a selective hearing problem.

She also, bizarrely, claimed that “she expects the White House to respond to the GOP ideas, hopefully Thursday or Friday.” Meanwhile in the real world, Biden has been touting electric vehicles and giving Republicans more rope: “We believe we can find a bipartisan deal on infrastructure. And we look forward to hearing more details of their proposal,” Biden said, adding that he expected to see that proposal “today,” meaning Tuesday. He didn’t.

Watch the State of The Union Address on BET.com

The story behind the savvy ‘Mystery Broker’ and where he sees...