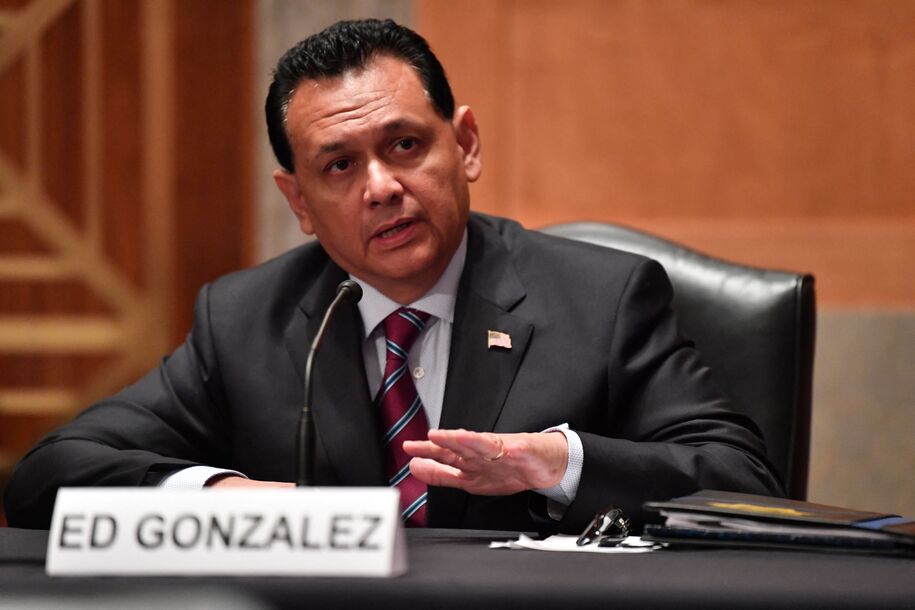 Gonzalez in early 2017 ended his department’s participation in ICE’s 287(g) program, which allows local police to act like federal immigration agents and had resulted in widespread racial profiling, the American Immigration Council said. But Roll Call reported that during Thursday’s Senate hearing, Gonzalez said it “would not be my intent to end the policy,” calling his own decision to terminate his agreement a “local decision.” While candidate Biden said he’d end 287(g) agreements entered into by the previous administration, that pledge remains unfulfilled.

Under questioning from Republican Sen. Rob Portman, The Washington Post reports that Gonzalez commented that as sheriff he “never declined a detainer.” ICE issues detainers to police to try to keep immigrants detained past their release date so it can come pick them up to then put in immigration detention. “ICE’s use of detainers to imprison people without due process and, in many cases, without any charges pending or probable cause of any violation has raised serious constitutional concerns,” the ACLU has said. Counties have been forced to shell out millions in settlements to immigrants over detainers.

“During the confirmation, Gonzalez pulled away from any open critique of ICE,” Reichlin-Melnick continued. “Little attention was paid to the major problems at ICE that have been documented in recent years,” including abuses at privately contracted immigration detention facilities. “Gonzalez did indicate that he believed the ‘health and safety of our facilities is paramount,’ but did not express any urgency at ensuring such issues are addressed.”

“Gonzalez seemed more interested in placating anti-immigrant politicians on the committee than laying out a vision for reform,” ACLU Senior Policy Counsel Naureen Shah said in a statement received by Daily Kos. “This was a huge missed opportunity to make it clear to immigrant families and communities that the Biden administration is truly committed to making a decisive break from the Trump administration’s racist and anti-immigrant policies.”

The organization this week announced that it was seeking internal documents into ICE’s deplorable practice of refusing to free gravely ill immigrants only until they’re near death. “The request comes after multiple reports that ICE has formally released people from custody on their deathbeds, allowing the agency to avoid reporting their deaths to the public, avoid investigation, and avoid medical costs for people in its custody,” the organization said.

ICE has not had a Senate-confirmed director since the Obama administration; the agency’s current acting director, Tae Johnson, is a holdover from the previous administration. But as Reichlin-Melnick notes in his headline, the testimony from the Biden administration’s nominee “signals few changes for the agency.” In fact, Roll Call reported that pro-insurrectionist Josh Hawley told Gonzalez he was “heartened by what I’ve heard so far. I appreciate your answers, sheriff. I think they do put you in significant tension with this administration’s policies. I’m personally fine with that. I hope that you’ll go and enforce the law vigorously.”

“The Trump administration in particular laid bare the racism underlying an immigration system that relies on detention, deportation, and the criminalization of Black and Brown communities,” said NIJC Director of Policy Heidi Altman. “Ignoring those lessons will mean that the same systems of hate, injustice, and racism the Biden administration purports to oppose will continue to thrive. If he is confirmed, we hope to see Mr. Gonzalez instead take these lessons to heart and work with communities to reimagine an approach to immigration enforcement that respects human rights.”

Even in red states, colleges gravitate to requiring vaccines and masks

Tokyo 2020: Does Japan have Covid under control?

Emily Blunt Admits the Embarrassing Reason She Was Asked to Redo...

Warren Buffett says the pandemic has had an ‘extremely uneven’ impact...