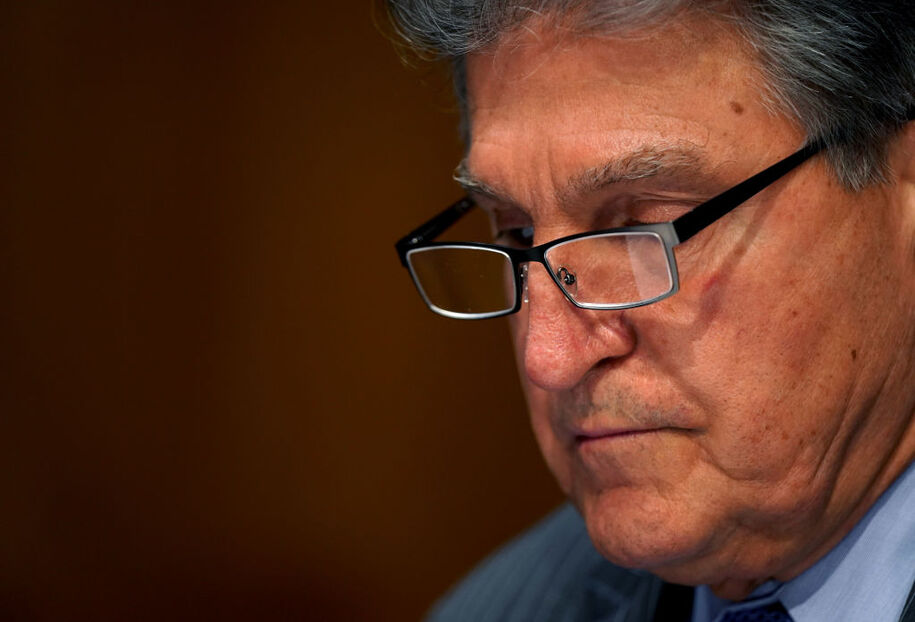 ”The truth, I would argue, is that voting and election reform that is done in a partisan manner will all but ensure partisan divisions continue to deepen,” Manchin wrote, as Republicans in state after state pass viciously partisan, racist voter suppression laws. And Manchin wrote this to declare his opposition to a bill he cosponsored in 2019. When the For the People Act wasn’t going to get a vote because then-Senate Majority Leader Mitch McConnell wouldn’t allow it, Manchin was for it. Once it was going to get a vote, he was in self-righteous opposition as if his very opposition didn’t show that he is a dishonest hack.

This is a man who has told us time and time again that he values the traditions of the Senate—he’s just not especially thoughtful about which ones, apparently. The ones used to keep Black people from voting, like the filibuster? Yes. The ones where the party in power can actually get its way? Nope. Manchin watched McConnell twist and manipulate the “traditions” and “norms” of the Senate for years and now he wants us to believe that he thinks comity and bipartisanship can be rescued.

Was this what he was looking for?

Because if it was … Joe, honey, are you really stupid enough to think that’s going to matter in the 2024 campaign? Donald Trump isn’t going to the mat for you, and Senate Republicans and the very same dark money groups you’re protecting by opposing the For the People Act are going to the mat for your Republican opponent. No matter how you vote. The only question is the legacy you leave, and right now, you’re going with enabling racist voter suppression as a legacy.

Meanwhile, Trump continues pushing his Big Lie about a stolen 2020 election, and state-level Republicans are using that lie to shape their voter suppression efforts. And Joe Manchin is effectively signing his name to every bit of that. Never let that fact be obscured. By refusing to take action to reform the filibuster and then end gerrymandering and protect voting access, Manchin is letting Republicans reshape voting rights in this country.

Whether Manchin is just that stupid, just that determined to cash in after leaving the Senate, or just that personally opposed to voting rights, it doesn’t matter. He’s doing what he’s doing.

The unraveling of our fragile democracy is occurring right in front of our eyes and at breakneck speed.

I can’t understand the Dems contributing to that demise by failing to respond urgently to voter suppression laws happening in states like mine. https://t.co/EE18deyuzK

Chinese ride-hailing firm Didi sued in US as shares slide

The Bombshell Outbreak in the Wuhan Lab

Biden admin reversing termination of programs that could reunite some Haitian...

Your Puppy Is Born Ready to Interact With You