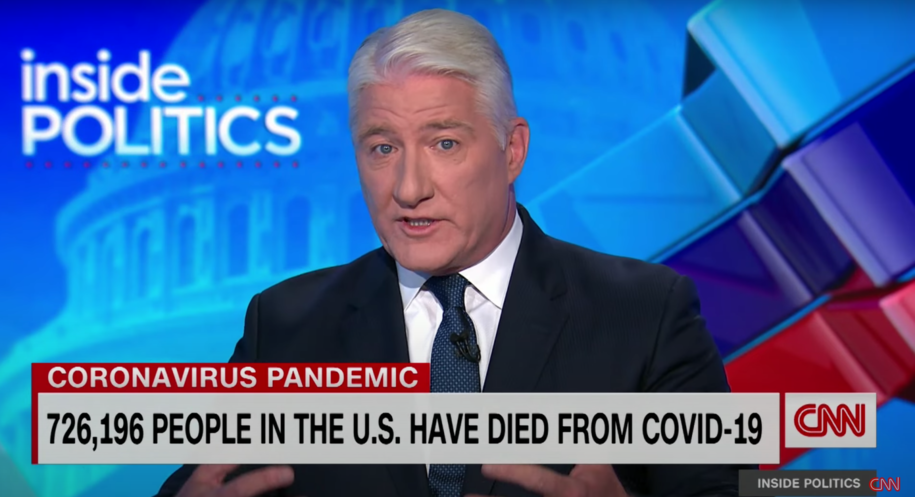 “I am grateful my employer says all of these amazing people who work on the floor, who came in here in the last 18 months when we are doing this, are vaccinated now that we have vaccines.” He added that outside of being infected himself, he was concerned about bringing it “home to my 10-year-old son, who can’t get a vaccine.”

According to the National Multiple Sclerosis Society, multiple sclerosis causes the immune system to attack the central nervous system, resulting in the degeneration of myelin, a protective coating on nerves. This leads to the destruction of the nervous system’s insulation which could cause many symptoms, including degeneration of vision, motor function, speech, and the sense of touch.

About 1 million Americans are estimated to be living with a chronic disease that has no cure at this time.

King not only recognized Powell’s death but also noted the number of people who have died across the U.S. from COVID-19. “Those are all treasures, that’s somebody’s mother, brother, father, sister, co-worker, colleague, friend, teammate,” King said. “Focus on the science. Man up or shut up.”

In an interview with Boston Public Radio’s GBH News, he added that his decision to share his diagnosis was unplanned.

“It was not planned. It is a secret I have kept for a long time except for a very few people,” he told the hosts. “When you have this misinformation about vaccines in a way that threatens people—727,000 have died of COVID, they’re all American treasures just like Colin Powell was—if we could do anything to protect them we should do it. Even if we have to set aside a personal preference or principle. This is big enough.”

Families separated since late 2017 to be reunited in U.S. this...

Why are Covid cases so high when millions are fully vaccinated?...

‘This is a life changer’: Teachers and others celebrate public service...