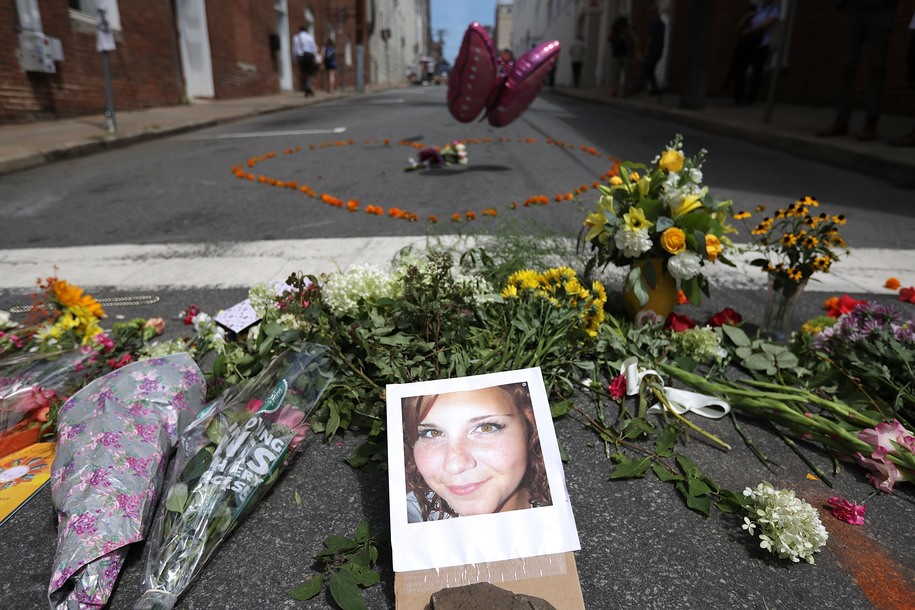 The man who filed the lawsuit, Bill Burke of Athens, Ohio, was among the 20 people injured when neo-Nazi James Alex Fields drove his car into a crowd of counterprotesters, killing 32-year-old Heather Heyer. Burke suffered a crushed left arm and head and knee injuries, and is expected to require treatment for years, perhaps permanently.

“It is important that the judgment is satisfied not only to compensate Bill for his damages but also to disrupt and dismantle an organization that attempts to portray white supremacy as an intellectual endeavor,” Burke’s attorney, Michael Fradin, said in a statement.

Spencer’s think tank—the National Policy Institute (NPI), based in Virginia and Montana—was named a codefendant in the suit filed in 2019, largely for its key role in co-organizing the event. Other defendants, such as the Traditionalist Workers Party and neo-Nazi David Duke, had been ordered by the court to make payments to Burke (of $10,000 and $5,000, respectively).

However, neither NPI nor Spencer ever responded to Burke’s legal filings. Because no attorney ever entered a court appearance, filed any response to the lawsuit, or otherwise tried to defend the group, the court found NPI in default a year ago.

So on Tuesday, federal Judge Michael Watson closed down the lawsuit by handing down the $2.4 million judgment against NPI—including $217,613 for past and future medical expenses, $350,000 in punitive damages, $500,000 for pain and suffering, and $1 million for emotional distress.

Spencer’s NPI has been gradually vanishing from public view over the past couple of years. In 2017, the Internal Revenue Service revoked its nonprofit status. Most of Spencer’s former allies appear to have abandoned him. Since 2019, as Brett Barrouquere at the Southern Poverty Law Center reported, its website has been entirely silent, and the group has ceased any kind of activism or organizing. Mail sent to NPI’s offices have been returned as “undeliverable.”

Spencer’s white-nationalist enterprise has a long history of churning up anger and controversy and inspiring threats and violence, including in the Montana community where Spencer set up his operations initially. It had its moment in the spotlight in 2016, when the alt-right claimed credit for Donald Trump’s victory in the presidential election; Spencer infamously flashed a Nazi salute at a press conference, saying, “Hail Trump!”

Since the Charlottesville event—at which Spencer organized the Friday-night march by tiki-torch-bearing white nationalists to the University of Virginia campus, chanting “Blood and soil!” and “Jews will not replace us!”—NPI has been in steep decline. As Barroquere notes, Spencer and NPI were banned from Facebook and other fundraising sites, hampering his ability to generate revenues. In 2020, he was kicked off YouTube as well, along with other white nationalists, further limiting his reach.

However, Spencer does maintain a Twitter account to this day, and still tweets regularly. His current tweets are not explicitly white nationalist, but instead more sympathetic with the Trumpist right. He has not yet commented anywhere on the $2.4 million judgement against him.

Anti-vaxx Chronicles: He thought ‘face mufflers’ was so clever, as if...