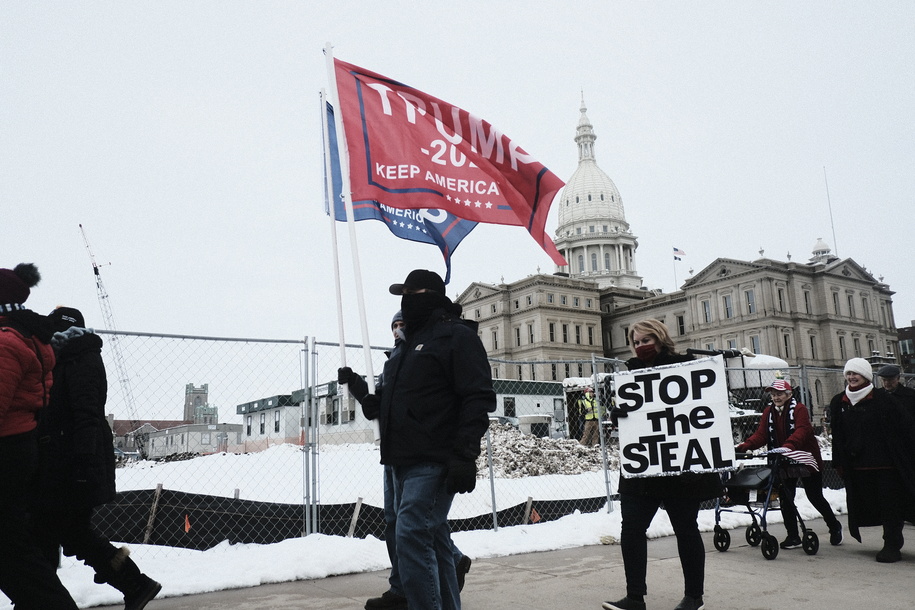 For instance, the “election fraud defense fund” led by attorney Matt DePerno has raised more than $321,000 on a crowdfunding page. DePerno filed a lawsuit in Antrim County that was thrown out of court last month by a GOP-appointed judge. A spokesperson for Michigan Attorney General Dana Nessel said her office would review the report to determine if any criminal investigations should be opened.

The report aside, the politics of 2020 remain fraught in the state. House Democratic leader Rep. Donna Lasinski told The Washington Post that she emerged from her car one morning last week at the Capitol only to be greeted by two protesters wielding assault rifles.

Some Republican lawmakers continue to push for Arizona-style “audits” in the state, pitting them against much of the state’s GOP leadership. Both Senate Majority Leader Mike Shirkey and Rep. Ann Bollin, the chairwoman of the House Elections Committee, have said Biden won the state, and a state GOP spokesperson said the party’s formal position is that it is “not interested in relitigating the past.”

Party leadership is reportedly concerned that obsessing over the 2020 election will further alienate suburban voters that they lost to Democrats throughout Trump’s tenure.

“We need to be focused on 2022 and 2024,” Jason Rowe, the state party’s executive director, told reporters last week.

But that position hasn’t stopped GOP lawmakers from pushing for new voting laws. The Post writes:

There appears to be consensus among Michigan Republicans about revamping the state’s election rules, an aggressive effort that has alarmed Democrats and voting right activists.

Democratic Attorney General Nessel called it a “sad package of legislation” that seeks to both restrict access to the ballot box and “circumvent the results when the results are not in their favor.” Republicans are also trying to find a workaround that would circumvent a veto by Democratic Gov. Gretchen Whitmer.

In short, even as Michigan GOP lawmakers attempt to distance themselves from Trump, they’re still trying to rig elections in their favor.

Next week will be a major test in Biden’s quest for...

How Rihanna’s First-Ever Fragrance for Fenty Beauty Really Holds Up –...

Gold prices dropped this week and analysts predict they will keep...