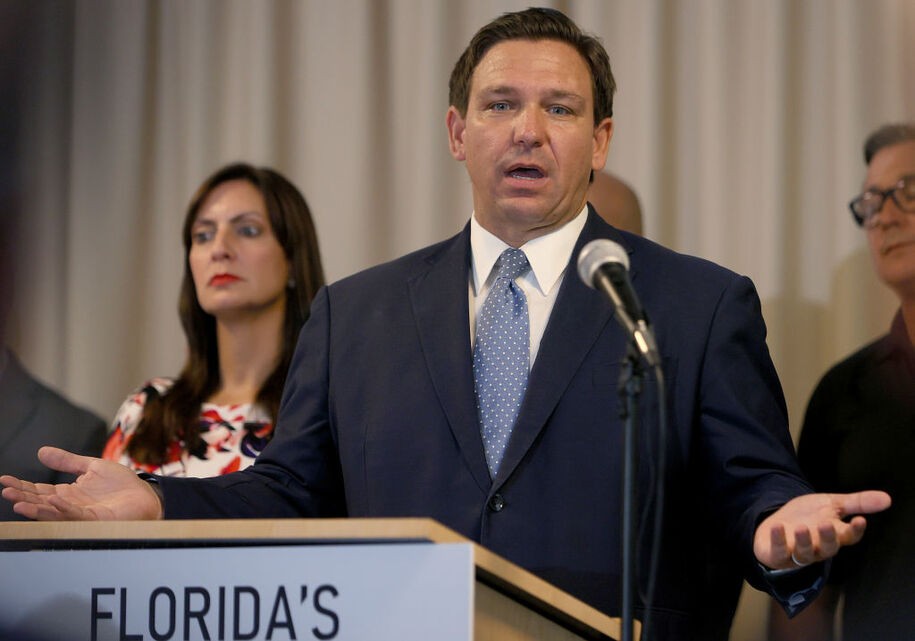 The new Axios-Ipsos poll released Tuesday reaffirmed what other polls have found: The bulk of Americans support science-based mask mandates in order to protect themselves and their loved ones from contracting COVID-19 and further spreading it among the U.S. population.

A similar partisan dynamic played out on the question of state and local governments requiring masking in public areas, which drew 64% support overall. The vast majority of Democrats (88%) supported such mandates while less than half of Republicans (40%) favored them.

But perhaps the most interesting stat politically is the fact that just one-third of Americans support state laws blocking local officials from requiring masks, such as those enacted by GOP Govs. Ron DeSantis of Florida and Greg Abbott of Texas. Overall, 66% oppose laws that tie the hands of local officials, and fully 77% oppose defunding local governments and school districts that institute mask mandates, as DeSantis has threatened to do.

Last week, I argued that by railing against masks and medical experts like Dr. Anthony Fauci, House Republicans were decidedly not focused on a 50-plus-1 strategy.

What the new data makes clear is that House Republicans and many GOP governors are explicitly putting the lives of their constituents at risk in pursuit of the votes of just one-third of Americans. It is just maniacally sick.

China and the U.S. are challenging Europe’s role as top tech...

Foot Care Tips for People With PAD, From Podiatrists

Bitcoin pops 10% after Musk suggests Tesla could accept the cryptocurrency...

Can India achieve net zero carbon emissions by 2070? The road...

Two Meds Better Than One for Many With High Blood Pressure