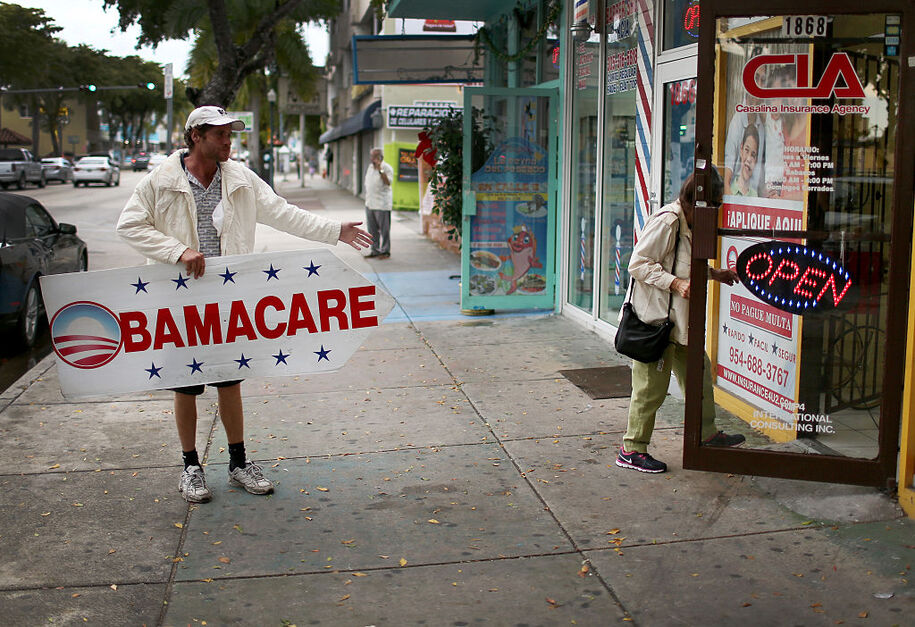 This might be the most significant development, though. It won’t solve the entire Medicaid gap problem, but it can eat into it a bit.

The Biden Admin is out with a new proposed rule that would create a new *monthly* opportunity for low-income people to sign up for free ACA health plans https://t.co/YM4Ioidfu9

It basically just opens up the enrollment periods for low-income people to all the time. There are around 1.3 million uninsured people whose incomes would qualify them for free coverage—no premiums—with really low deductibles, but they haven’t signed up because they’re not aware of that fact.

When it comes to the potentially Medicaid-eligible population, they could squeeze into that group thanks to a quiet rule change the administration proposed in May, which gave a lot more leeway for people applying for coverage to estimate their annual income, allowing them to bump themselves up above the 100% of poverty in their income estimate and become eligible for subsidies on the marketplace. In a challenge to the Trump rule this is replacing, a federal judge ruled essentially that low-income people should be given the benefit of the doubt on income, citing comments to the proposed rule: “‘low-income consumers are more likely to experience variance in their income levels’ … many ‘work in part-time or in hourly positions,’ ‘rely on multiple part-time or part-year jobs,’ or ‘work in cash industries, such as food service, where tip-income makes up the largest portion of their earnings.”

But enrollees are going to need to be aware that this is possible—that they can do what millions of middle-income and rich people do when they file their taxes and look for every possible means of finding just enough of an income boost to get the subsidy. That mean, first of all, knowing that applying for coverage on the marketplace is even possible. Secondly, it means making sure that Healthcare.gov provides all the information it can to help people see what income levels will qualify them for coverage. It also requires more people to help them get covered—navigators and brokers.

That still leaves people out in the cold though, something that congressional Democrats are grappling with. “We cannot wait anymore,” Rep. James Clyburn, Democrat of South Carolina, one of the holdout states told The New York Times. “The states didn’t do it. We in Congress have got to move.”

“There are many competing priorities,” said Rep. Lloyd Doggett, a Texas Democrat, talking about other health care expansions Democrats are talking about. Texas is also a nonexpansion state. “I’m not opposed to doing the other things, which are also very expensive, but just saying don’t leave out the economically disadvantaged.” He introduced legislation earlier this month that takes an innovative approach, allowing counties and cities in states that haven’t expanded to bypass state governments to get special permission to expand Medicaid in their jurisdictions. It would create five-year “demonstration projects” allowing these special waivers. It’s a creative approach, with some potential pitfalls like retaliation from Republican governors and legislatures.

Federal intervention—the federal government finding some way to provide this group coverage through a limited public option, or a special carve-out for Medicare eligibliity—has to be the answer. That’s what the Congressional Black Caucus, the Congressional Hispanic Caucus, and the Congressional Asian Pacific American Caucus have asked leadership to do in the upcoming reconciliation bill for infrastructure and the American Families Plan. The senators from another nonexpansion state, Georgia’s Sens. Raphael Warnock and Jon Ossoff, have also asked for a federal solution.

Closing the Medicaid gap isn’t as sexy as Medicare expansion—which is also critical—but doesn’t necessarily have to be pitted against that policy. “If you were thinking in strictly political terms, advocating for Medicare expansion has a lot more political gold than Medicaid expansion,” Rep. Joaquin Castro told the The New York Times. “But that is why we as Democrats need to redouble our efforts to focus on this vulnerable population.”

How to Build a Psoriasis-Friendly Closet

Longevity annuities can be a good deal for seniors. But not...