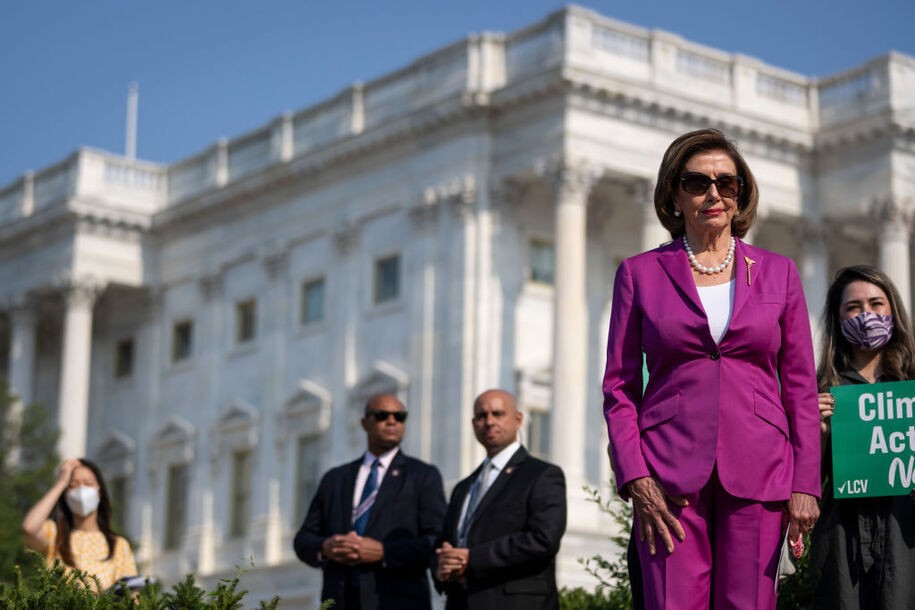 “The number is the number, $3.5 (trillion), we can’t go above that,” Pelosi said. When she was asked about potentially going below that amount, Pelosi offered a pointed one-word response, “Why?”

But what about the objections of Sens. Manchin and Kyrsten Sinema of Arizona? “Well, you have to go talk to the Senate about that,” Pelosi said, “We’re going to pay for as much of it as possible.”

It sends a clear signal that House Democrats aren’t backing down. Manchin and Sinema still haven’t outlined which parts of the bill they object to or what exactly they would cut from it. The two senators also backed an effort last month among so-called “centrist” Democrats in the House to force an early vote on the bipartisan infrastructure deal the two senators helped negotiate. Pelosi handily quashed that mutiny.

Now, Pelosi is essentially telling Manchin and Sinema that the House ain’t budging on the $3.5 trillion Democrats-only bill. So if they want to negotiate it down in the Senate, that’s their prerogative, but they also risk sinking both bills in the House. Progressive House Democrats sucked it up to pass the bipartisan bill they didn’t particularly like. Now it’s time for Manchin and Sinema to do the same. Because they may think they run the Senate, but they sure as hell don’t run the House. Pelosi made that abundantly clear.

Amid Extreme Weather, a Shift Among Republicans on Climate Change