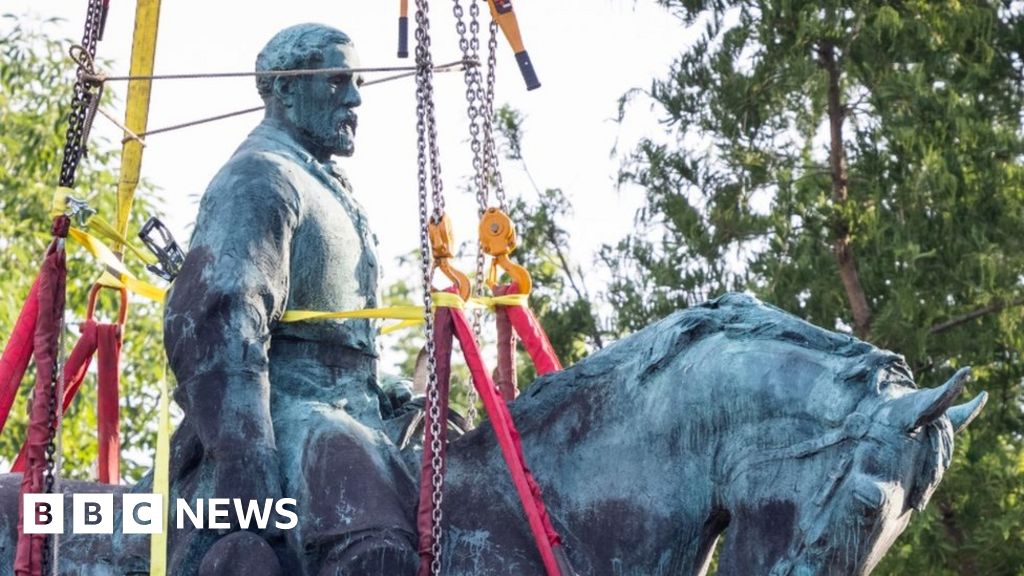 A statue of an American Confederate general at the centre of a violent rally in Charlottesville nearly four years ago has been taken down.

The statue of General Robert E Lee will be put into storage, alongside another of General Thomas “Stonewall” Jackson.

Plans to remove the Lee statue prompted a white nationalist rally in August 2017, which resulted in the murder of an anti-racism protester.

Britney Spears speaks out against conservatorship at hearing

Abbreviated Pundit Roundup: After Juneteenth, a reckoning of sorts

Wearable Devices for Your Health

She Was a Black Election Official in Georgia. Then Came New...