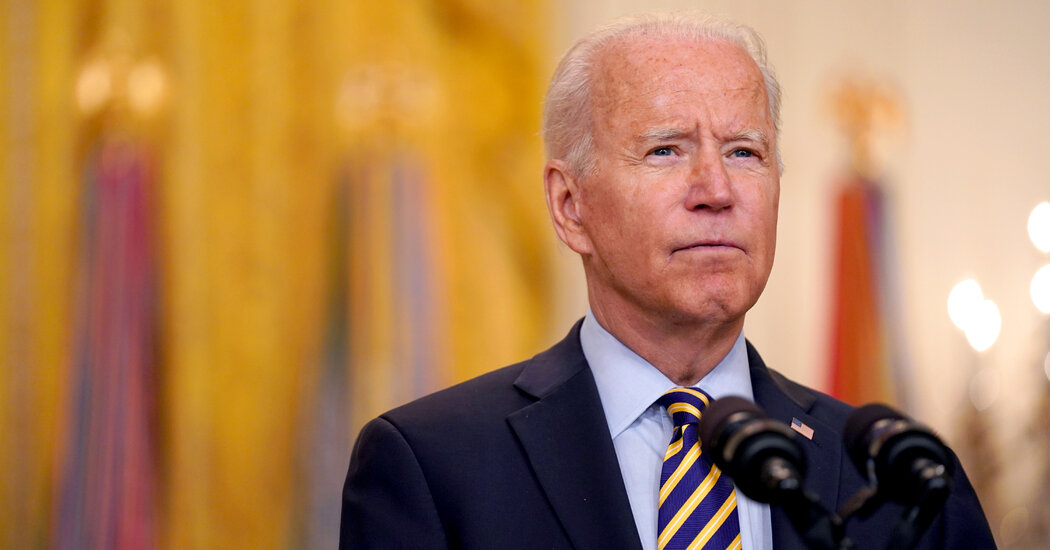 As his army has all but collapsed and his government’s control shrinks, Mr. Ghani is facing pressure to step down. Yet in a recorded speech televised early Saturday afternoon, he promised only to “prevent further instability” and did not resign. With Taliban forces having captured Pul-i-Alam, a provincial capital only 40 miles from Kabul, Mr. Ghani said he had begun “extensive consultations at home and abroad” and that the results would soon be shared. He said remobilizing Afghanistan’s military forces was a priority.

Still, he has little apparent support at home, and thousands of his soldiers were surrendering. Mr. Ghani was not “worth fighting for,” Omar Zakhilwal, a former finance minister, tweeted on Friday.

With most of Afghanistan under the control of the Taliban, and with Kabul one of the last bastions held by government forces, many of the city’s residents expressed fatalism and fear at the prospect of their home falling into the hands of the militant group.

The Taliban seized Mazar-i-Sharif barely an hour after breaking through the front lines at the city’s edge. Soon after, government security forces and militias fled — including those led by the infamous warlords Marshal Abdul Rashid Dostum and Atta Muhammad Noor — effectively handing control to the insurgents.

In the late 1990s, Mazar-i-Sharif was the site of pitched battles between the Taliban and northern militia groups that managed to push back the hard-line insurgents before the group took over the city in 1998. The victory followed infighting and defections among the militias and culminated with the Taliban’s massacre of hundreds of militia fighters who had surrendered.

During the current Taliban military campaign, Mazar’s defense was almost completely reliant on the reincarnations of some of those very same militias that have all but failed to hold their territory elsewhere in the north. Some are led by Mr. Dostum, a former Afghan vice president who has survived the past 40 years of war by cutting deals and switching sides.

Others were behind Mr. Noor, a longtime power broker and warlord in Balkh Province who fought the Soviets in the 1980s and the Taliban in the 1990s. During the civil war, he was a commander in Jamiat-i-Islami, an Islamist party in the country’s north, and he was a leading figure in the Northern Alliance that supported the American invasion in 2001. Shortly afterward, he became Balkh’s governor, deeply entrenched as the singular authority in the province. He refused to leave his position after Mr. Ghani fired him in 2017.

Jerry O’Connell Is “In Talks” to Replace Sharon Osbourne on The...