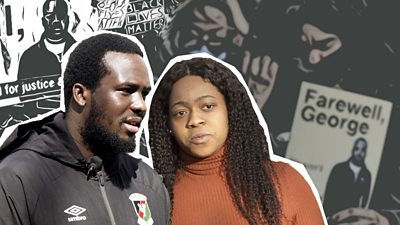 Last year a black man called George was killed by a police officer, not in Minneapolis but in Dublin in Ireland. George Nkencho was shot outside his family’s home.

His family say he was in the midst of a mental health crisis.

He had assaulted someone and police say he was carrying a knife.

It was only the sixth fatal shooting by the Irish police in 22 years.

BBC Population reporter, Stephanie Hegarty, has been to Dublin to see how the killing has exposed tensions in Ireland as a new, diverse community comes of age.

Produced and directed by: Yousef Eldin

Disney tells salaried and non-union employees in the U.S. they must...

COVID Can Be Passed to Your Cat

Apple says it competes with PlayStation, Xbox, and Nintendo in sign...