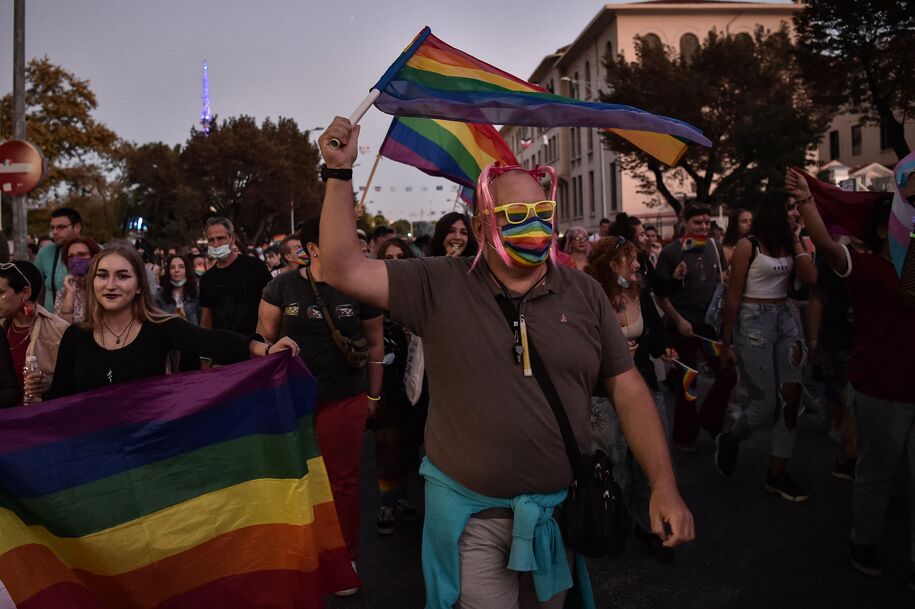 As reported by Variety, in a second internal memo, in which he stressed Netflix would not remove the Chappelle special, Sarandos wrote in part: “Our hope is that you can be hugely inspired by entertaining the world, while also living with titles you strongly believe have no place on Netflix. This will not be the last title that causes some of you to wonder if you can still love Netflix. I sincerely hope that you can.”

One of those suspended (and reinstated) employees is Terra Field, a software engineer whose thread on her experience at Netflix and feelings about the special gained major attention on Twitter. The entire thread is worth a read, but Field especially excels in spelling out why this isn’t a matter of trans folks not having a sense of humor or not “getting” the jokes, but rather that Chappelle’s jokes rested on the mere existence of trans people, and why that is so harmful.

The full-day walkout is being organized as part of an internal organizing group, Trans*. “As an organization, Netflix has continually failed to show deep care in our mission to Entertain the World by repeatedly releasing content that harms the Trans community and continually failing to create content that represents and uplifts Trans content,” an internal message from the group reads in part, as reported by Verge. “We can and must do better!”

“As we’ve discussed through Slack, email, text, and everything in between our leadership has shown us they do not uphold the values to which we are held,” organizers wrote. “Between the numerous emails and non-answers that have been given, we have been told explicitly that we somehow cannot understand the nuance of certain content.”

Notably, organizers do not expect the walkout to change Netflix’s decision on pulling (or rather, not pulling) the special. But they hope it gets the platform to stream more LGBTQ+ content and acknowledge the harm the special causes to the trans community. The group encourages not only trans workers but also allies to participate in the walkout.

BET Presents: The Encore Exclusive: Cita’s Recap – Time to Be...

Some Republicans Find Failure to Grapple With Climate Change a ‘Political...