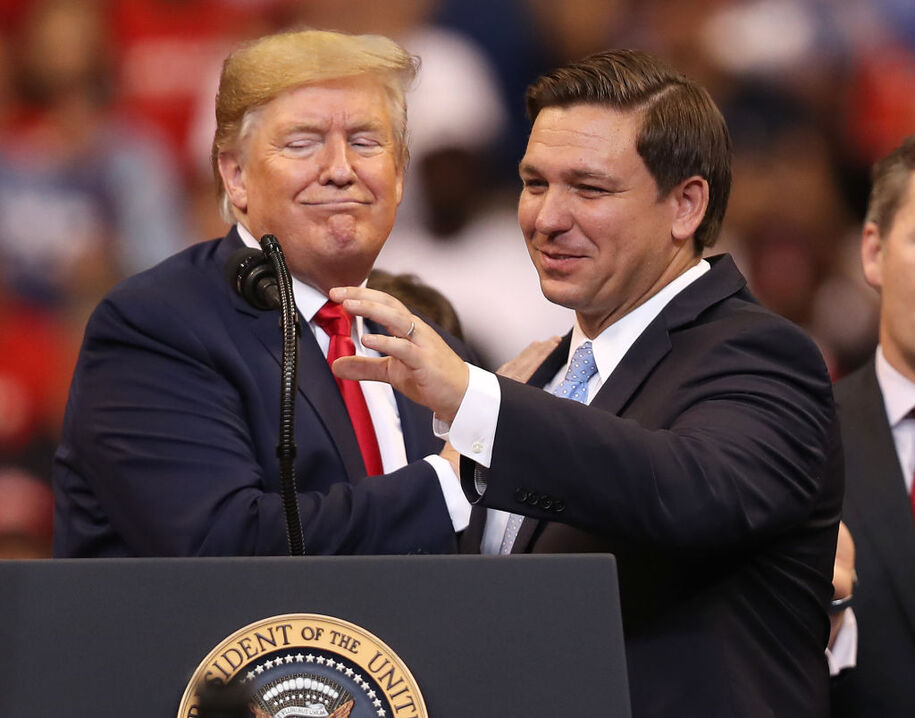 Nothing about straw polls is binding, much less predictive. But they are an early window into potential top contenders for party nominations. This latest straw poll marks the second in which DeSantis and Trump were the top two contenders. At the Conservative Political Action Conference (CPAC) in February, Trump took first with 55% of the vote while DeSantis came in a distant second with 21%. That was a comfortable margin for Trump, leading to many headlines depicting Trump as the de facto leader of the party and top contender for the ’24 nomination should he choose to run. It also led to speculation that Trump might consider DeSantis as a running mate—a prospect that Trump himself encouraged.

Asked by Fox Business in June if he would potentially consider DeSantis as a running mate, Trump responded, “Sure, I would.”

But being edged out by DeSantis in the latest straw poll is sure to grate on Trump and his extra fragilistic ego.

That’s not a headline Trump can let stand as he works to muscle his way back into the headlines with his summer revenge tour.

KLM will resume most routes this year as vaccine rollouts boost...

For Muslim eco-activists, protesting the L3 Minnesota pipeline is a religious...