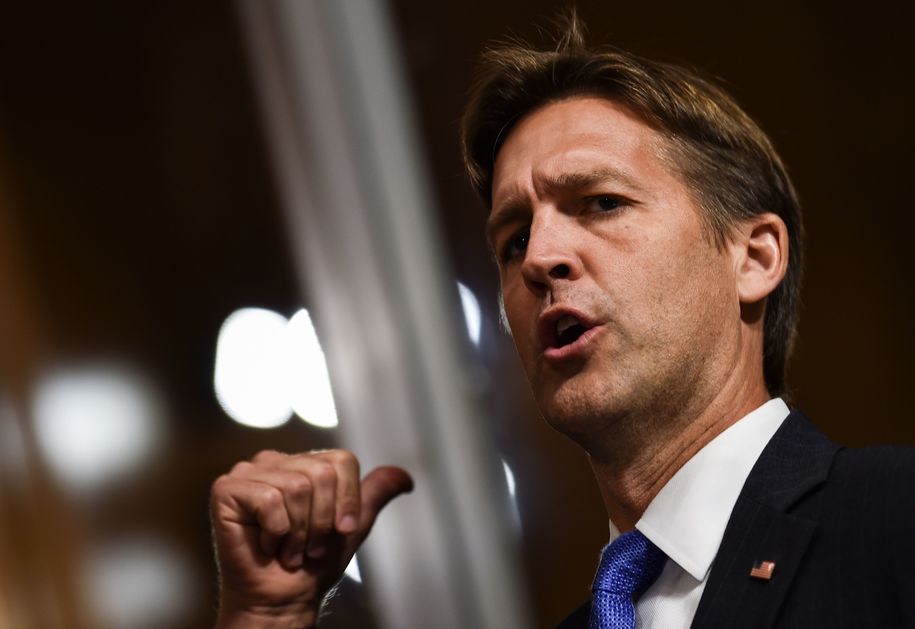 This nearly mirrors the list of Republicans who voted to convict during Trump’s second impeachment trial. The only differences are that Pennsylvania’s Pat Toomey is missing (he didn’t bother to stick around) and Portman was added to this list.

Of those, Portman is retiring, Collins represents a blue state, and Murkowski is protected by the strange politics of her state (including the brand new “top-four” jungle primary that protects her from being ousted in a traditional Republican-only primary).

Cassidy, Romney, and Sasse, however, represent solid red states (even if Utah isn’t particularly Trump-loving), and Sasse, in particular, has presidential ambitions. (Maybe Romney too.)

Over in the House, 35 Republicans voted for the commission—a stunningly large number of defectors—led by Wyoming Rep. Liz Cheney, who was recently cancelled from the House leadership. That is a significant increase from the 10 who voted for Trump’s second impeachment. And if you look at that list, it’s not a list of “liberal Republicans,” or even moderates. No liberal Republicans are left, and precious few moderates, as well. Most were solid conservatives standing up for the Constitution.

It would be hard to point to any elected official and not think that they have higher-office aspirations. So these Republicans, in all future campaigns, will have this vote hung around their necks during their primaries. It’s the reason so many Republicans took the coward’s way out and stood by Trump. They were afraid to face their base voters having stood up to Trump. There are the loyalists, like Rep. Marjorie Taylor Greene, who are far gone in Q-conspiracy land and worship their idol Trump. But aside from those, there are the opportunists—the Sens. Josh Hawleys and Ted Cruzes, Republicans working feverishly to capture that Trump electoral magic in a bottle and releasing it for their own benefit in their inevitable future presidential bids. George P. Bush is the latest of that crowd to humiliate themselves in a bid to win Trump’s approval.

What the Liz Cheneys and Ben Sasses know, because it’s obvious, is that Trump will never anoint any of that crowd—not the loyalists, and not the opportunists—for anything in which he or his spawn have their eye on. He is loyal to himself first, and Ivanka Trump second. Then, to a lesser degree, his sons. And after that, the spouses and partners. That’s it!

There isn’t a chance in hell that a Trump doesn’t run for president in 2024. It might not be Donald Trump himself—he might be too indicted, too convicted, too in jail, or too dead from all those disgusting Big Macs he eats. But if it isn’t the Liar in Chief himself, it will be one of his children. The loyalists might not care, pathetically worshipping at the altar of Trump. But the opportunists are making a bet that will never pay off. They will never inherit the Trump movement, because Trump doesn’t give a rat’s ass about anyone but himself and his clan. They have thrown in with an odious, morally obscene man who will never give them the approbation they so desperately want from him.

Cheney and Sasse are ambitious politicians. They know what they face inside their party, and they’re making a calculated bet that someday sanity will return to their party, and their brand of competent conservatism will once again have value. These are smart politicians, and they know the pitfalls and dangers they face ahead. They may lose their next primary bids. They may be further ostracized and marginalized. They may simply fail to stem the tide of a Republican Party falling deeper into conspiracy territory.

But if the Republican Party ever breaks out of this current fever, they’ll be there to pick up the pieces and lead it onward.

The chance that happens is slim. What, 5% or 10%? Let’s not pretend odds are good. But it’s not out of the realm of impossibility. And even 10% is a higher chance of success than the big 0% the lickspittles have of ever becoming president, becoming leaders of their party, or even winning any seats coveted by the Trump clan.

Many Blood Cancer Patients Get Little Protection From COVID Vaccine

Virginia mom and GOP strategist says teaching racism should be up to parents, not teachers

‘Governor who?’ Democrats continue to marginalize a radicalized GOP

US sailor charged over massive USS Bonhomme warship blaze in 2020

This Week in Statehouse Action: Life’s A Beach edition

The ugly exit in Afghanistan is happening because America spent decades...