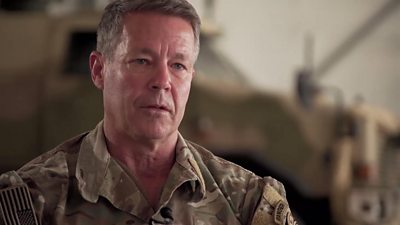 America’s longest serving commander in Afghanistan, General Scott Miller, has reflected on Nato forces’ time in the country ahead of his troops withdrawal.

US-led Nato forces will withdraw from Afghanistan by 11 September, 20 years on from the attack that led to their placement.

General Miller emphasised they would continue to support their Afghan allies in these final months but that he expected Taliban violence would get worse.

Kodak Black Comes Under Fire for His Kobe Bryant-Inspired Helicopter –...

U.S. to Move Afghans Who Aided Troops to Third Countries

Abbreviated Pundit Roundup: Voting rights are playing out with a Plan...

The Cheney-McCarthy feud over Jan. 6 probe will be epic. It...