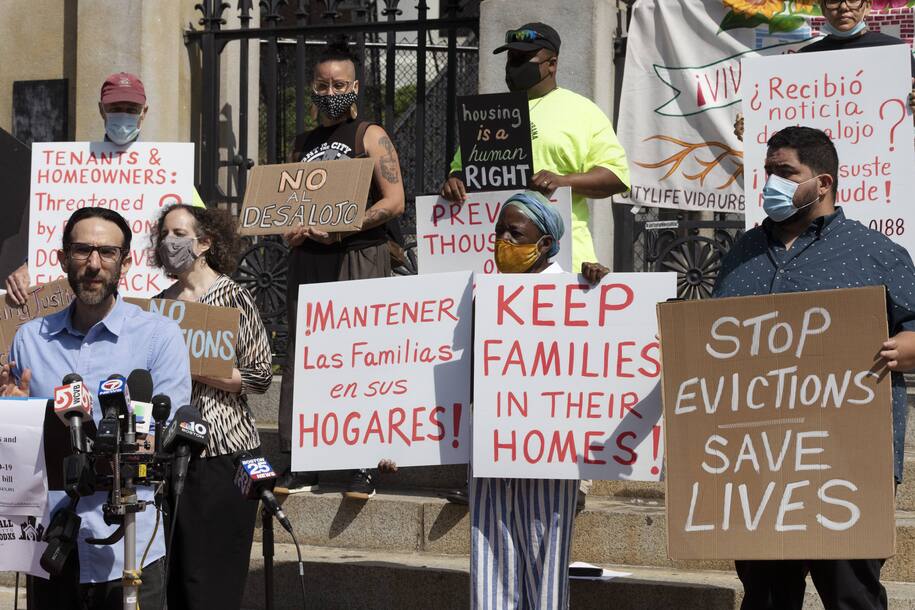 This isn’t an issue of funding—Congress passed more than $46 billion in emergency rental assistance, with a current tranche of $25 billion already distributed to state and local governments. But only about $3 billion of that has been used to help people. After Friday’s debacle between the House and White House, Biden issued a statement calling on “all state and local governments to take all possible steps to immediately disburse these funds given the imminent ending of the CDC eviction moratorium.”

“Every state and local government must get these funds out to ensure we prevent every eviction we can,” Biden’s statement said. “My Administration will not rest—nor should state and local governments—until Emergency Rental Assistance dollars reach Americans in need.” Except he can’t force those governments to release that aid and in the absence of a federal eviction moratorium, the problem isn’t going away.

The White House issued another statement Monday reiterating that they don’t have legal authority to renew the moratorium without authorizing language from Congress, and calling on states and cities to extend moratoriums. Biden also asking landlords to hold off on evictions for 30 days and courts to delay eviction proceedings. He also directed “the White House, Treasury Department, and other relevant Federal agencies to continue examining why State and local governments have failed to distribute rental assistance Congress has provided, and explore any authorities the Federal government has to press the States and localities to make these distributions.“

Pelosi apparently disagrees that the administration cannot act to extend the moratorium, calling again in a letter to colleagues for the administration to extend the moratorium “to provide more time to expedite the distribution of the $46.5 billion that was allocated by Congress and that has long been transferred by the Administration to the states and localities.” The White House could act unilaterally and hope that in the interim before a court could step in and stay the action that people could be protected and state and local governments shamed into doing their jobs. But barring legislative action, that’s all the administration could attempt.

In the interim, Pelosi is calling on her members “to work in your districts to help to get the money to flow.” She’s arranged a Tuesday presentation from Treasury Secretary Janet Yellen to provide more information on that, and provides detailed information on which states and localities have used the funds and which haven’t. Pelosi says: “Overwhelmingly, our Members agreed to extend the moratorium and universally, to distribute the funds,” but that’s not enough. “[T]he House passing the eviction moratorium without the Senate acting does not extend the moratorium. Instead, the money must flow, and the moratorium must be extended by the Administration.”

Pelosi is suggesting that the House can provide legal cover for the Centers for Disease Control and Prevention, which would require retroactive legislative action. It could potentially buy that time if she can get her caucus together and back to D.C. for the vote. Republicans would be very unlikely to allow it to pass as a suspension without bringing everyone back.

In the meantime, it’s causing very real recriminations and distress between the White House and House Democrats. Leadership in the House is united in insisting that this was dropped on their laps Thursday afternoon. The White House says they’d been having conversations with Democrats previously. While they’re all pointing fingers, they’re all responsible, as are the states and localities that haven’t stepped up.

In the meantime, here’s the reality:

Allow Us to Take a Moment to Praise Our Favorite Hollywood...

Fish ‘not as carbon friendly’ as previously thought

Anti-vaxx Chronicles: The ignored prayers of a fervent fundamentalist believer